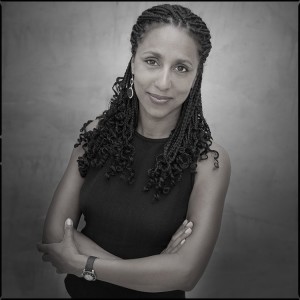 Hélène Neveu Kringelbach is currently Associate Professor in African Studies at CMII – Centre for Multidisciplinary and Intercultural Inquiry and Vice-Dean of Equality, Diversity and Inclusion, Arts & Humanities Faculty, UCL, London and before that she held various posts at the University of Oxford.

She completed a D.Phil. in Social Anthropology at the University of Oxford in 2005. She held an ESRC postdoctoral fellowship in 2005-06, followed by a Departmental Lecturership in African Studies in 2006-08. From 2008 to 2011, she held a lecturership in African Studies and Anthropology, and was the Evans Pritchard Junior Research Fellow at St Anne’s College. In 2011-13, she was a project leader for a Leverhulme-funded research on Euro-Senegalese families, as part of the Oxford Diasporas Programme. In 2013-14, she was a Visiting Professor at UCLA and 2014-15 she was a Departmental Lecturer in Social Anthropology at the University of Oxford. In May 2015, she gave the Evans-Pritchard Lectures in African Anthropology at All Souls College, Oxford on the theme of ‘Transnational intimacies and the reconfiguration of relatedness in Senegal’.

Her doctoral research focused on dance, morality politics and social mobility in Dakar, Senegal. A prize-winning monograph building further on this work was published with Berghahn Books (Nov. 2013). The book was a joint winner of the 2013 Amaury Talbot Prize for African Anthropology and winner of a Special Citation for the 2013 de la Torre Bueno Dance Book Award given by the Society of Dance History Scholars. An ethnographic and historical study of dance troupes and popular dances in Dakar, the book explores various genres and social contexts, from urban dances during neighbourhood events and family ceremonies to contemporary choreography, through popular dance videos and neo-traditional performance. This reveals the many ways in which city dwellers use bodily skills to access different social worlds. People engage simultaneously with different movement practices, and these emerge as strategies for social and spatial mobility, spaces of individual creativity and festive antidotes to the uncertainty of life. The study also keeps an eye out for the ambiguous status of the performing profession in a predominantly Muslim society, and the insertion of African performers into global artistic circuits.

Neveu Kringelbach’s ongoing research focuses on Euro-Senegalese families in France, the UK and Senegal. The study explores family relationships and other forms of relatedness over national and cultural boundaries in binational and transnational families between Senegal, France and the UK, from a gendered perspective and over several generations. It also explores the transmission of religious, linguistic and other cultural practices within transnational families. Given the increase in binational marriages in Europe, there is a need for a historically grounded, nuanced study of these families. Families are indeed a privileged lens through which both processes of creolization and of exclusion can be explored. This is particularly urgent in a European context in which transnational marriage is being targeted by increasingly restrictive immigration policies. The Senegalese-European case lends itself well to exploring the impact of state policies and social change on family practices over time due to a long history of ‘métissage’ in the Senegambian region.